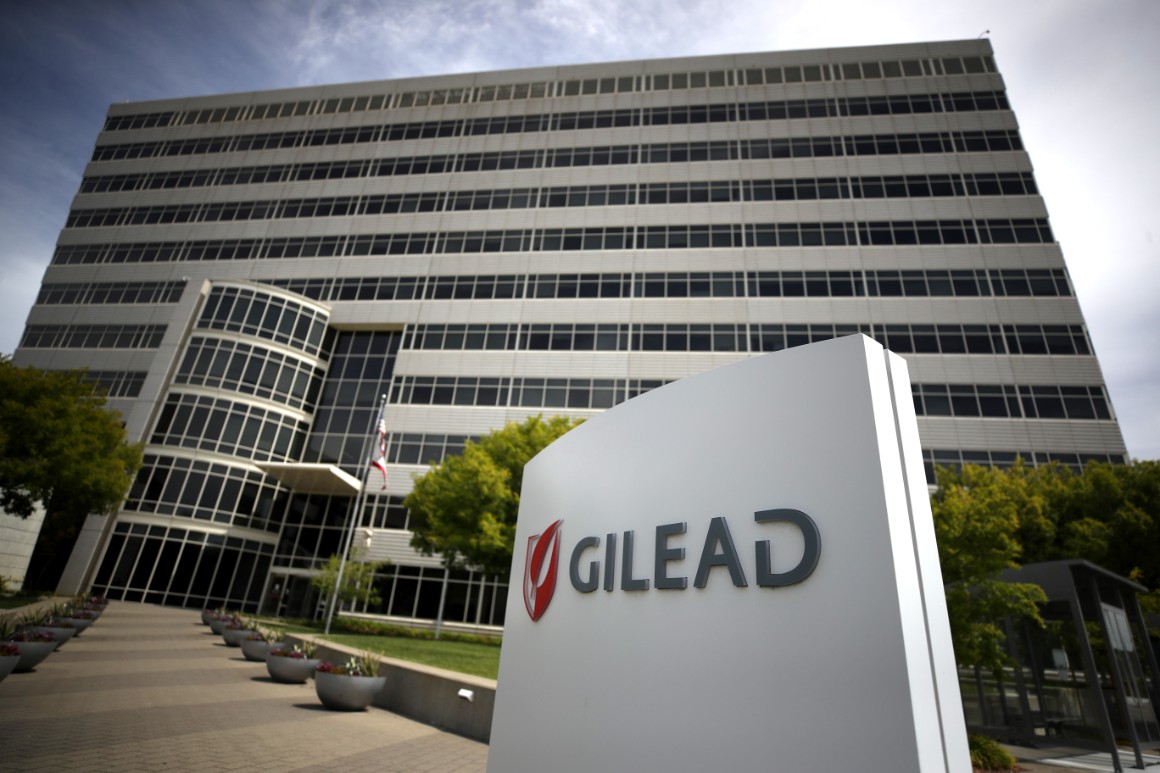 Gilead is known for developing breakthrough drugs — including Sovaldi, a cure for hepatitis C, and Truvada, better known as PREP, the first treatment that can prevent HIV transmission. Both of those drugs, and related second-generation drugs Gilead developed, are broadly seen by scientists as genuine breakthroughs that save lives.

Remdesivir isn’t a knockout punch for Covid-19. But a clinical trial by the National Institute of Allergies and Infectious Disease, the agency headed by Anthony Fauci, showed it did lop several days off recovery time for seriously ill patients — getting them out of the hospital faster and perhaps reducing the number of deaths. Scientists are still studying the drug and the search for better therapies continues. In the meantime, the Food and Drug Administration swiftly granted an emergency use authorization for remdesivir so doctors can use it now.

Congressional Democrats are now raising questions about the drug’s cost — in part because Gilead received about $70 million in taxpayer dollars and assistance from the National Institutes of Health to run clinical trials. European officials are plotting contingency steps, fearing the Trump administration may take an “America First” approach and block everyone else from getting the medicine. A Bangladesh-based generic drugmaker is already planning its own version of the antiviral drug under an international program that lets very poor countries make copycats of expensive patented drugs.

Right now, Gilead is giving away about 1.5 million doses, and FEMA and HHS are in charge of distributing them. That’s probably enough for about 140,000 patients — but Wall Street analysts expect the supply to run out by late June, if not earlier. Gilead did not respond to a request for comment, but its CEO Daniel O’Day reiterated to shareholders Wednesday that the company “donated our existing supplies for global use.”

O’Day said that Gilead was just beginning to digest the results from the NIAID trial and would announce a price for remdesivir at a later date. “We’ll evaluate that data during the donation period and will consider the path of the pandemic and what role remdesivir can play,” he told shareholders.

The first coronavirus stimulus law, the CARES Act, says drugs must have “fair and reasonable” prices, although there’s no enforcement mechanism and stronger proposed language enabling HHS to help set a treatment’s price was dropped from the bill. Gilead spent $2.45 million lobbying the Senate in the first quarter of 2020, more than it ever had before, according to Open Secrets.

House Speaker Nancy Pelosi spokesperson Henry Connelly said that “fair and reasonable” language would likely apply to remdesivir because of the NIH involvement and because the federal government will likely have to purchase and distribute large quantities of it and other coronavirus medicines. Several Republicans in the Senate declined to comment or did not respond to a request for comment.

HHS didn’t respond to questions about its possible role in setting or negotiating remdesivir’s price. “HHS and FEMA are working together to finalize the process for equitable distribution of the limited doses of remdesivir donated by Gilead to reach patients in hotspots,” the department said in a statement. “We are encouraged to have so many private sector collaborators stepping up to assist in the whole-of-America pandemic response.”

Fast. Short. Daily. We take you behind the headlines and help you understand the biggest stories driving politics and policy.

President Donald Trump has generally left a lot of pandemic procurement and price negotiation to the states. While many countries negotiate drug prices, the U.S. does not. Trump has proposed some precedent-setting benchmarks for certain high-cost medicines, based on what other countries pay, but neither the White House nor Congress has put that plan into action.

There is precedent for the government to intervene in drug pricing, however: After the anthrax attacks in 2001, the George W. Bush administration purchased large amounts of the antibiotic Cipro and pressured the drug’s maker to cut its price.

Now, without any actual tools to control how much Gilead charges for remdesivir, a group of 10 congressional Democrats is writing letters to the drugmaker and HHS.

“This is a moment unlike any we’ve ever seen,” one of those lawmakers, Rep. Jan Schakowsky (D-Ill), told POLITICO. If drug companies are allowed to hold the public “hostage” through high prices and the government doesn’t respond, “that’s an abdication of our responsibility as government,” she said.

Gilead — which has been embroiled for years in controversy about the cost of its hepatitis treatments, and is in court with HHS over its landmark HIV/AIDS prevention drug developed with Centers for Disease Control and Prevention assistance — has already weathered one remdesivir controversy.

The company earlier this year initially sought an “orphan” drug designation from the FDA for remdesivir. That gives a drugmaker several financial incentives, including extra protection against competition. But orphan drug status is intended to incentivize the development of treatments for rare diseases that affect fewer than 200,000 U.S. patients — and the U.S has more than 1 million confirmed coronavirus cases. Amid outcry, Gilead rescinded its request for orphan status in March.

Wall Street analysts have floated various numbers about what Gilead may charge for remdesivir, and health groups have put forth data about what they say it should charge. The company’s total revenue from the drug could easily top $10 or $11 billion, several analysts say.

The Institute for Clinical and Economic Review suggested the coronavirus drug should cost about $4,500, unless further clinical data show it does not prevent or reduce deaths — in which case the group says it should be priced at $390. The first data released from the NIAID trial shows the drug helps some patients recuperate faster but may not affect overall mortality.

The non-profit group Public Citizen, a frequent critic of drugmakers, is urging Gilead to price remdesivir at $1, noting studies that say the drug can be made for only $0.93 per day.

Peter Neumann, an expert at the Institute for Clinical Research and Health Policy Studies at Tufts Medical Center, said the U.S. will always pay more than less-developed countries for medicines. But with Gilead under pressure on remdesivir, he predicted the company will hunker down with its public relations team to consider competing factors like public opinion, value and shareholder demands.

Investment analysts, meanwhile, have suggested the price could be even higher than the ICER target. SunTrust analyst Robyn Karnauskas said Gilead could charge $10,000 for the drug and make more than $5 billion over three years. Similarly, Bernstein Research analyst Ronny Gal estimated that Gilead could price the treatment at about $5,000, which is on par with other antivirals, and still make $11 billion.